I’ll start by saying that this entry may be quite dense. The purpose of writing it is to explain and convey an understanding I’ve developed of how capitalism has adapted to survive over the years, a question I’ve been considering for a while now. I suppose you could call the ideas proposed here a theory, (if I was to name it, I’d call it the Theory of Three Ages), and that’s all it’ll be for the moment; any advancement of this idea will only follow a lot of research on my part.

But, given that this is me explaining my ideas so far, I’ll hopefully give you a good description of these three ages, and of how I believe exploitation has evolved over time. To do this, however, everyone needs to know what we’re dealing with, so I’ll start by asking you the following question:

It’s often seen as the embodiment of free trade and economic liberties as opposed to state control. Because of the challenge communism presented in the twentieth century, it would also be easy to cite capitalism as simply one of two political and economic currents in the world, and, after various failures in the communist countries, it’s far too often associated with freedom and harmony. Predictably, I’m going to tell you that this is wrong: it’s the single most sly, destructive, exploitive concept that has dominated the world throughout modern history.

So here’s a Marxist appraisal of our great nemesis. 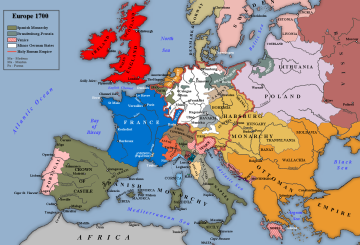 In terms of where it all began, capitalism arose roughly three centuries ago, taking its first breath in Italy. I wrote a more detailed entry on its origins a few months ago, but I’ll cover the basics here. The system that takes precedence over all inhabitable continents is a relatively recent one; it developed in Europe, perhaps the most socially advanced corner of the Earth at that point, out of the decaying feudal system that formerly retained supremacy. Yet unlike feudalism, capitalism existed to provide industrial (as opposed to agricultural) production, and with its rise, the focus of the economy was no longer upon the farms, but the factories.

The European countries soon grew in power and influence, and rose to colonise great swathes of Africa, America, Asia and Oceania, allowing them to exploit imperialistically. Imperialism has crept its way into history throughout mankind’s many different epochs, and it has always been a tendency of the strongest individuals to dominate the weak, yet this can be viewed as the rise of capitalist imperialism. The new European empires sought to utilise the people and the resources of the colonised nations for capitalistic purposes, and thus expanded their field of economic influence to the far corners of the Earth.

These powers were thus able to sustain dominance, by widening their field of exploitation beyond national limits, yet it couldn’t continue forever. You could perhaps think of this period as the climax of capitalism, at which point exploitation had advanced humanity greatly, yet had reached a critical level and was growing ever harder to maintain. Even after the establishment of a vast imperial network, the ruling elites of Britain, France or Germany were struggling to control those whose labour they relied upon. The system was, quite literally, falling apart under the weight of its own contradictions. 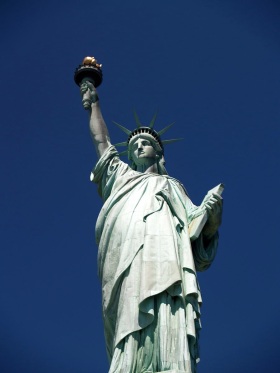 Three significant changes took place in the world throughout the twentieth century. Firstly, the rise in power and influence of another giant, the United States, changed the international dynamic of the capitalist world. Secondly, economic changes allowed exploitation to take place to a less severe extent in the western countries, allowing many concessions to be made to the working population, and causing the working class to actually decline. Finally, the rise of Bolshevism threatened to end capitalism altogether.

These changes may not seem as though they’d benefit capitalism, but, with the economic system on the very verge of collapse, they perhaps managed to save it.

One reason why this happened was  the fact that the western countries found a common enemy in Soviet Russia and, later, China, Eastern Europe, Cuba and communist Indochina; they were forced to unite against them. This can be seen most clearly in the Cold War, yet was also present prior to 1945. It demonstrates the development of a capitalist ideology, through the willingness of these nations to fight for motives like democracy and human rights (it is, in a Marxist sense, the tendency of capitalism to allow for greater political freedom) under the new guidance of the United States. It was then a question of whether or not the western proletariat would side with the communist world, or the world run by their employers, and this sense of ideological unity helped allow for the latter. Tales of failures, inefficiencies and abuses in the socialist countries helped strengthen this ideology, and helped keep the workers from revolting, temporarily keeping them occupied and holding capitalism in place for longer.

Yet whilst ideological control helped distract many, the economic contradictions in the capitalist system were still such that it could not continue, and immediate reorganisation of the economy was needed if it were to do so. Economic variation took place in the form of de-industrialisation, causing the working class to shrink in size, and the outsourcing of industry to other parts of the world. This gave rise to a new form of international domination, where brands and corporations, as opposed to armies and governments, became responsible for the unofficial and shadowy exploitation of the third world. Imperialism in the traditional sense, the official establishment of foreign authority in the region, was on the decline, again very much in tune with the tendency of capitalist society to progress in the direction of liberty and freedom, yet a new form of imperialism was developing. It was purely economic, and dodged the need for a military invasion and the controversy that such invasion causes, and yet it was more effective, and could allow the western proletariat to both decline and grow in affluence. They would thus lose their revolutionary character, and so capitalism was kept alive in the developed world.

Thus an interesting dynamic fell into place, where the capitalist world, led by the United States, relied upon the undeveloped regions for economic purposes, and the communist world, led by the Soviet Union, wished to bring an end to such western domination. This gave way to third-world Marxism, a tendency in communist thought influenced largely by Mao’s teachings, which retains popularity today. It may also be no coincidence that, outside the communist bloc, all the new revolutions occurred in undeveloped areas of the planet. 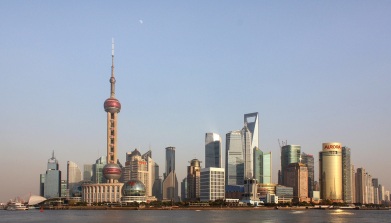 Throughout the 1980s and ’90s, the communist empire fragmented and the majority of socialist states gave way to a shifting political climate, allowing capitalism to expand across Eurasia, consuming Russia, Eastern Europe, and Central Asia. This led to further changes in the international dynamic, and paved the way for a future in which America may not be the leading capitalist power. As some of the still-officially-communist countries resorted to capitalism, the rise of China presented a further challenge to the United States.

At the same time, the third world, which the capitalist world had become increasingly reliant upon, was developing at an astonishing rate. India, Brazil and Indonesia, whilst locked in the depths of poverty, all have the potential to become superpowers, which suggests that soon our imperial ventures in these parts of the world may no longer be tolerated. If this is to be the case, and even if not (as no format of capitalism can continue indefinitely) the capitalist world shall do what it has done for decades, and scour the Earth for pockets of resources and workers to exploit. New pockets of exploitation have already opened up, in countries like Russia, the perfect example of economic polarisation, and more will likely appear as further geopolitical changes take place.

This, it seems, is the kind of capitalism we’ve adopted. In the European Age, exploitation took place within the confines of individual countries, with certain countries exercising capitalistic rule over others. In the American Age, the division between the exploited and the exploiters began to take on national characteristics, yet now, in the age of international economics, such divisions exceed these boundaries and exist irrespective of states and countries.

Revolution, whenever and wherever it occurs, must take place on an international level to compete with this system. While famously sparse on the practicalities of revolution, Karl Marx did remark that, whilst the differences between nations and nationalities are vanishing in capitalistic society, ‘the supremacy of the proletariat will cause them to vanish still faster’.

The image depicting the Statue of Liberty was provided by Giorgio Martini from Wikimedia Commons, and was licenced under the following (though a newer licence is available): https://creativecommons.org/licenses/by-sa/2.5/deed.en

The image depicting the Shanghai skyline was provided by J. Patrick Fischer from Wikimedia Commons, and was licenced under the following: https://creativecommons.org/licenses/by-sa/3.0/deed.en