When discussing socialism, hearing others discuss socialism and looking at the various pro/con arguments on the topic, I’ve come across several ideas as to why communism is a flawed system, why there will never be a revolution and why, at the end of the day, we’re better off how we are. Some cite certain atrocities in various communist countries and make a conclusion about their inevitable presence in such a system, whereas others will simply tell you that it’s an unrealistic goal which will never be achieved in the real world. There are also those who will object on moral grounds, defending their right to private ownership, but perhaps the most interesting proposition I’ve come across is the idea that communism is rendered unachievable by human nature itself.

I can understand how this argument would appeal to many, as it seems to make logical sense; humans have a longstanding tendency towards selfishness. This can be seen in both a social and a biological manner, with mankind’s survival being based on Darwinian principles, and its prosperity on socially Darwinian ones. It would appear that competition is both an innate and necessary component of human wellbeing, which suggests that building a collective society based on the principles of equality is impossible. I’m going to argue the opposite, or, more importantly, I’m going to approach the issue from a Marxist perspective.

In Marx’s eyes, mankind has progressed through various historical epochs, each based on the dominant economic class in the era, which have managed to control and utilise the means of production for their own gain. So far, we have seen society progress from slavery to feudalism, and later, to capitalism. Regardless of your views regrading Marxism generally, a study of global history tells us that this progression is more-or-less accurate, and it provides a solid basis for historical analysis in this case.

Each of the epochs described here are based on the principles of inequality and exploitation, but there is, in fact an earlier stage in this model of human development, referred to by Marx as primitive communism. These were the days of man’s tribal history, where hunter-gatherer societies roamed the planet, and when socialism was the accepted norm. The tribes man formed in the ancient world exemplify society devoid of exploitation, or in other words, a communist lifestyle, that totally defies the judgement of many who claim this isn’t possible.

Several indigenous peoples like these have survived in the present era, such as the Penan people of Borneo, who live under the principles of equality, have no actual  leaders (only spokespeople who wield no power) and are known for practising ‘molong’, (never taking more than is necessary). The Adi people of India and the Maasai tribe of East Africa also provide examples of preserved tribal socialism, and Israeli Kibbutzim, alongside various anarchist communities today, serve as successful attempts to recreate this lifestyle in the modern world. They remind us that our condition in the past is not reflective of that today. 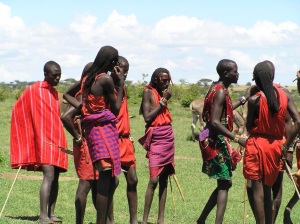 It’s also telling that this was our earliest state of being, for the fact that our first and most basic attempts at civilisation were not based on greed or self-indulgence (rather the reverse) shows that not only are selflessness and collective organisation possible, but they are natural to mankind. Only after individuals took over the productive means did the focus shift onto individual, rather than communal gain, meaning economic exploitation and unequal distribution are learned habits. This argument is further supported by the fact that humanity is still struggling to find happiness, no matter how much wealth we accumulate. Statistics on contentment or satisfaction in developed countries demonstrate this, showing that endless buying and spending do not make us any happier, and suggesting that it is not an innate desire to strive for ones own gain at the expense of another. Needless to say, this kind of consumption is also incredibly unsustainable, meaning that, like it or not, capitalism must give way to a better economic system.

Coming back to Darwinism, I understand that if societal competition is not natural to mankind, this would seem to contradict the competitive biological nature of mankind’s development, based on the principle of survival of the fittest. However, it may surprise the non-Marxist that Marx was a great admirer of Darwin’s, and saw his ideas on the evolution of organisms, through the process of natural selection, to be at one with his own ideas of society’s evolution, through the process of class struggle. It also isn’t necessarily counter-evolutionary that humanity’s natural state is a collective one; it has merely evolved from this condition in the same way that cells and organisms repeatedly do, and nor does the belief that man will ‘return’ to socialism contradict the ideas of competitive evolution, for, with the rise of communism, we are simply seeing the end of an evolutionary process. In a way, we’re seeing something similar in the natural world today; survival of the fittest has determined humanity’s evolution since it’s birth, yet with advances in the medical sciences, we’re now able to preserve ‘unfit’ characteristics and curb natural selection. Should this continue in the future, humanity may never need to adapt, and evolution would no longer occur.

This is why I believe that human nature does not contradict equality, but rather allows for it. True, we have a tendency to put our own needs above others, but at the end of the day, our earliest efforts at working together show that these unhealthy behaviours aren’t innate or fixed, even if they fuel the exploitive economic systems of modern society. In a debate on the benefit and rationality of religion, I once heard it remarked that, unlike squids, which apparently spend almost their entire lives in isolation, humans are social creatures. However unsociable capitalist society may make us seem, I believe this is certainly something to remember.

For more information on the socialistic structures of tribal society, I recommend the following, an online chapter from David Maurer’s book: http://moderntransformation.com/contents/ch-1-early-stage-tribal-society

The image depicting the Maasai tribe was provided by User:Helga76 from Wikimedia Commons (though I added the caption), and was licenced under the following: https://creativecommons.org/licenses/by-sa/3.0/deed.en