When the current thaw in U.S./Cuban relations made the news, it became clear that there were two sides to this debate. While many wanted to lift the embargo against the Cuban people, others undoubtedly wanted to starve the country’s autocratic regime. I opposed these sanctions, but for an entirely different reason: I wanted to preserve what may be the world’s last honest attempt at socialism.

On the opposite side of the globe, the Vietnamese Communist Party maintains firm leadership, yet what has truly become of Vietnam? A country, this is, where Coca-Cola is bought and sold as a consumer product – but it’s not alone. The changes which such a country has seen are comparable to those which have taken place in the People’s Republic of China, as within both China and Vietnam is a system driven and animated by force which seems to lie somewhere between communist pride and nationalism, and perhaps some petty statement of reaching ‘true socialism’ through the market economies they have constructed for themselves in socialism’s name. Given this is the world which the two nations have slipped into, will the current economic reforms concerning America’s embargo against Cuba have the same consequences?

All I can say is that, given we’re awfully short of communist states, I hope not.

This will be a sensitive situation for many who lived under the repressive regime at the height of the Cold War, or even today, in a country where citizens have risked their lives to try and reach Florida, ninety miles away. The Black Book of Communism estimates that between 15, 000 and 17, 000 were killed under the regime, and (whatever the actual number) it’s hard to imagine many friends, relatives, or sympathisers of these victims supporting Barrack Obama’s decision to open the door to Cuba; I imagine they’d rather the United States continued to show no mercy and no remorse to the regime of what the Lawton Foundation of Human Rights called an ‘enslaved island’.

I’ll accept that, but despite all this, I still believe that socialism should be given a chance. Not an illusion of socialism, but a full-blooded attempt. If, as a result of welcoming the United States, Cuba substitutes its own attempt with an illusion, as has been the case with both China and Vietnam, which nations will remain to keep the red flag flying? Even if one took Marxist Economic Determinism – the theory of the proletariat inevitably leading the world to communism due to their own exploitation – for granted; even if one maintained the belief that communism is the final and inevitable truth, surely they’d accept that the sooner a nation such as Cuba may arrive at that truth, the sooner the same shall occur on a worldwide scale. If Cuba’s attempt, which may well be the last attempt remaining, is thwarted by these reforms, this cannot happen.

I also want to talk about not just what Cuba is capable of achieving, but what it has already achieved. When discussing communism with somebody opposed to the idea, they did remark that Cuba may be the only place where socialism has actually been partly successful. It is a country with free education, and not only free healthcare, but a healthcare system recognised internationally for its brilliance. According to the news source Al Jazeera, the infant mortality rate in the country is one of the lowest in the world, slightly lower than that of the United States, and life expectancy is over 77 years, (among the world’s highest). 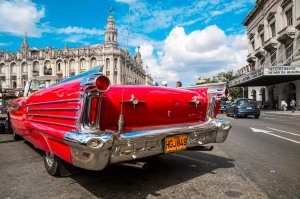 Now Al Jazeera also states that the system which exists in Cuba is on the decline, but if this is what the country have constructed from autocracy, and political repression, imagine what the socialist regime, if truly developed, could construct. Just because it is not at such a point currently does not mean that this shall continue to be the case, and it definitely deserves a chance. Thus, when the end product is the possibility of achieving true socialism, alongside the end of capitalist class-based oppression sooner, the current existence of the autocratic Cuban state can be justified in communism’s name.

Finally, it must not be forgotten that simply because the United States is no longer pretending Cuba doesn’t exist does not mean liberty will prosper. Whether or not you’d be prepared to support autocratic socialism is really irrelevant, because, whilst in one circumstance socialism shall exist and in another it will not, autocracy will remain regardless (at least for the foreseeable future). As Senator Marco Rubio, a Floridian Republican and a child of Cuban immigrants said: “This entire policy shift announced today is based on an illusion, on a lie, the lie and the illusion that more commerce and access to money and goods will translate to political freedom for the Cuban people”.