We live in a world where our increasing reliance on technology is becoming ever more concerning.

Did you know that the University of Cambridge recently established a department on the protection of humanity from the threat of artificial intelligence? This isn’t the only example; novels are written, films are produced, and serious debates and conversations worldwide discuss the subject, asking the same question that has worried mankind for decades: whether or not it’s possible that someday, we will find ourselves at the mercy of machines.

Often, this is considered from a political perspective (‘what if robots took over the world and reduced human beings to mere slaves?’), yet there’s another side to the debate, for whilst having the potential for world domination, modern machinery could also revolutionise society’s economy. Today, I’m asking whether or not the machines we build, quite capable of completing even the most menial tasks as efficiently as any human, take over the role of the industrial workforce. 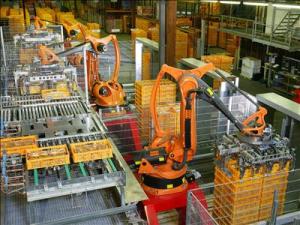 It’s definitely a question worth asking, because it could potentially threaten the careers of billions worldwide. It’s also perfectly possible, unlike the subject of other debates surrounding robotics which concern an indefinite point in the future, when we have finally created artificial intelligence or some other development we can’t actually be sure we’ll achieve. No, this is something that could happen in a matter of years – we have the technology, probably the money, to allow such to occur – all we need is the will. So, given how possible this would be, it would be sensible to assume that the capitalist world can probably look forward to a new age of human development; that someday soon, we’ll have a worker-free economy.

As a Marxist, this question has troubled me, because it suggests that humans are very close to achieving capitalism without exploitation. In the Communist Manifesto, Marx and Engels wrote of a similar idea, which they referred to as ‘Conservative, or Bourgeois Socialism’, explaining how ‘The Socialistic Bourgeois want all the advantages of modern social conditions without the struggles and dangers necessarily resulting therefrom. They desire the existing state of society minus its revolutionary and disintegrating elements. They wish for a bourgeoisie without a proletariat.’

Now, the Communist Manifesto, arguably the document around which communism is centred, dismisses such a utopian proposition, as did I when reading it; it contradicts the key Marxian idea that exploitation of the international proletariat may only end after a proletarian revolution, suggesting that capitalism can be made ‘friendly’. Thus, when I realised that it would seem logical for new developments in technology would allow just that, I considered how I’d approach this idea, not wanting the entire basis for my philosophy to be disproven. I eventually decided why (in my opinion, at least) it won’t happen…

1. This Could Have Happened Years Ago

One thing I realised was that the replacement of an industrial proletariat with machinery or robots isn’t an idea entirely unique to today’s world, for machinery has played a key role in industry since Marx’s day. In fact, one of his most important theories (the theory of Relative Surplus Value) argues that the rate of profit accumulation can only change through re-organisation of the workforce, which may include the introduction of machines or new technologies. In short, I believe that if mechanisation was a goal the capitalists really wanted to go for, they’d surely have done it by now.

It could be argued that, until modern times, this wasn’t possible, as only recently have we developed technology capable of performing the advanced tasks necessary to society today. But whilst machines have caught up with us in this respect, many of the basic tasks that theoretically could be left to machinery back in Marx’s day, weren’t. Even back then, it would be possible then to build machines that would eliminate many of the most basic and menial tasks subject to the proletariat, but this, largely didn’t happen. Similarly, it’s possible to eradicate a great deal more of the tasks subject to today’s workers, but if we follow in the same trend, I don’t see why this will occur today either.

It all comes down to the same principle, this being that, given the current circumstances, it’s just easier to employ workers than invest in technology. To quote Mike Daisey’s ‘The Agony and the Ecstasy of Steve Jobs’, a monologue written about the conditions of those who produce Apple products in Shenzhen, China, ‘why use machines when you can use people?’. Now, there are accusations that some of what Daisey describes has been fabricated for effect, but this doesn’t matter in this instance, as the argument is the same: it’s often easier to exploit the life out of ten, fifteen, or five million than it is to rely on expensive and perhaps-not-always-available technologies that may perform the same task. 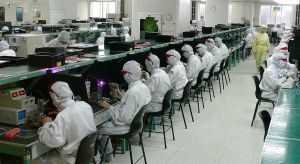 The Workers of Shenzhen

2. If it did Happen, it Would Only be Temporary

Let’s imagine for a second that it happened; that the economy was transformed by robotics. I’d like to point out that there is a serious problem with non-human elements taking over the workforce, for we forget that we live in a society of man. This may seem obvious, but it’s important to remember, for, in the world we’ve created, humans require jobs. If, after the ‘technological revolution’, machinery replaces the roles of the modern-day proletariat, that means everyone except the wealthy middle and upper classes is thrown out of work… and they’re going to need employment.

It’s hard to imagine exactly what this would lead to, but if you imagine billions of people who can’t work, and thus don’t have a source of income, it’s not hard to see that some kind of crisis will result. The way I see it, it would likely mean one of two things: either we’d be forced to take a sharp U-turn away from mechanisation in an attempt to re-introduce capitalism as we know it, allowing society to progress more or less in the way Marx predicted, or we’d see something like the biggest and most dramatic revolution in history and capitalism would be destroyed altogether (again giving Marxism significant credibility). Either that or three billion would starve to death.

You may be thinking ‘surely, no-one would let it get that bad!’ and I agree, which brings me to my third and final argument: I don’t believe that we, society, would let this come to be…

3. It Wouldn’t Happen in the First Place

I can’t imagine mankind being so blind to the possibility of all the above occurring. Forget Marxism, forget revolution, and just imagine that three billion or so, a figure which no benefits service, no welfare system, no charity in the world could cater for. Will we just watch these people get thrown out of work, one by one?

When discussing this issue with somebody, they offered a counter-argument by suggesting that such change would be gradual, and would take place only in the form of different brands, companies and factories starting to introduce new technologies to compete with one another. This is likely true, but the results, like the process, would also appear gradually. Therefore, as rising unemployment can’t be seen as good results by any measure, this would only give us time to pause and think. To end our short-lived dream of a bourgeoisie without a proletariat. To stop what we’re doing before that figure gains nine zeros.

The featured image and the second photo in the entry was provided by Steve Jurvetson from Wikimedia Commons, and is licenced under the following (though there is a more recent version of this licence, which can be found via first opening this link):